Norwegian Explorers Made Tracks in Australia

Colin Archer built the polar ship «Fram». Less well known is that Colin and his brothers also built a small part of Australia.

The International Polar Year 2011 is all about Norwegian explorers among ice and snow. The road is long to the blazing sun of Australia’s cattle fields. But here went nine brothers from Larvik in the middle of the 1800s and were pioneers in the colonization that took place «Down Under».

The Archer brothers’ parents came from Scotland, but emigrated to Larvik. When the nine sons were old enough, they went on an adventure in Australia, taking with them a love for Norway and Norse legends. Therefore, they named one of his sheep farms under the Norwegian Constitution’s birthplace.

Norwegian-Australian saga. Anthony and Sally Coates are the owners of Eidsvold Station today – a farm that is alive and well with about 3,000 cows.

– One of the reasons that the Archers chose this place is that it was thick with timber and had a good natural grass. If you wanted to clear land in 1848, you had to do it the hard way: with an ax, says Anthony Coates.

On the farm stands the original Archer House from 1850. The broad, vertical wall boards and the steep sloping roof has the character of Norwegian style.

– It was a large house at the time. Generally, people had only a couple of rooms. You can see that they could handle the timber. The house has stood the test of time, says Sally Coates.

Colin Archer also lived at Eidsvold. The 20-year-old boy from Larvik came to Australia in 1852. He had blue eyes of the Scandinavian type «and was» a quiet, thoughtful man and a master of all arts of the bush”, wrote The Queenslander newspaper later.

Found Paradise. The Archers did not settle to rest at Eidsvold. They wanted to continue. From when David first stepped ashore in Sydney in 1834, the brothers had moved further and further north.

– They moved north to look for land that was better suited for sheep, says historian Lorna McDonald, who has written a book about the family.

Two of the brothers, Charles and William, embarked on their most ambitious expedition in April 1853. 300 kilometers north of Eidsvold, where no Europeans had yet been, they reached the top of a hill and the landscape suddenly opened up: «The most amazing view was ahead of us,» Charles wrote in his diary.

The plain below was to become the family’s new home. There, the brothers found a lake which they named Farris. In a letter home, Charles wrote: «It was almost covered with seabirds such as pelicans, swans, geese, ducks in endless variation. The small peninsula out in the lake reminded them of their home, Tolderodden in Larvik. Charles described it as a «perfect paradise». The name Farris was later changed to the benefit of Gracemere, after Thomas Archer’s wife Grace. Today the estate is still in the Archer family.

Founders. The Archers gave Norwegian names to several hills and mountains in the area. The Berserker Range and Mt. Sleipner are still on the map. The city of Rockhampton, the main city in Central Queensland, is located on the original Archer property. The family is currently considered the real founders of this city.

– When they came here with their cattle in 1854, they were the most northern settlers in what became Queensland. When Rockhampton became a separate town in 1858, it was Australia’s most northerly, says Lorna McDonald.

Charles Archer, however, said “no thanks” when it was proposed to give the city the name of Charleston. Charles died in Norway in 1861, but 120 years later he got a statue in Rockhampton. There, he sits on his horse Sleipner overlooking the River.

When the Archers came to «paradise» there was nothing there, with the exception of scattered Aboriginal settlements. An estimated 200,000 Aboriginal lived in today’s Queensland before the Europeans started their colonization. But where other white settlers killed and raped, the Archer brothers had an unusual view of indigenous people, says Lorna McDonald.

– David believed that Aborigines were the real owners of the land. It was pretty special, says the historian.

«Viking house». Colin Archer’s talent became important when the family settled on Gracemere. First he built the sailing boat «Ellida» so that they could carry vital supplies up the river to the new settlement.

Then Colin was the architect for the homestead at Gracemere, where the family moved in 1858. This house is also still there, and is protected. Solid timber has endured more than 150 years of heat, drought and storms. The dark wooden walls and the steep sloping roof is reminiscent of the Norwegian Folk Museum, while the balconies are classic Australian.

The lush garden has grown so large that the house is almost invisible. Cath Archer, one of today’s two residents at Gracemere, realize that the historic property is in need of preservation.

– We do not quite know what to do with the house. We need to bring in expertise, she says.

In the living room stands a wooden chair, carved out of the Norwegian Viking style. It was originally created by Cath’s mother-in-law. Among the numerous family photos hangs a photograph of Colin Archer and Roald Amundsen, taken in Larvik in 1912.

Norwegian room. Back in Eidsvold, we find an old newspaper clipping about Colin. Australia is also proud of him. When the Archers came here with their bullock carts in 1848, there was almost nothing here. Today the place has approx. 450 inhabitants. Sally and Anthony Coates at Eidsvold Station say they sometimes have curious Norwegians visiting their farm.

Former Deputy Mayor, Dot Hamilton, shows us that Eidsvold is trying to take care of the connection to Norway. In the old municipal hall hangs a painting of Eidsvoll building [where the 1814 constitution was written] – a gift from the «sister town» in Akershus, Norway.

– Some people here is familiar with the story here, some is not, says Hamilton.

In the local community hall, the walls are decorated with happy, costume-clad Norwegians having come to the village to celebrate the 150th anniversary of the Archer brother’s arrival.

– A great weekend, remember Dot Hamilton about the festival 23 years ago.

In the corner, in the bottom of cupboard is a thick album of photos, newspaper clips and a letters from the festival. A historical document from a weekend in Eidsvold from which many have very fond memories, memories of the last peak in the relationships between Eidsvold and Norway.

This year we celebrate the Nansen-Amundsen Year to mark the 150 years since Fridtjof Nansen was born and that 100 years ago, Roald Amundsen and his men reached the South Pole. Colin Archer is an important name in this context. He built the polar ship «Fram» to Nansen’s polar expedition 1893-96. Later Amundsen used the ship on his South Pole expedition about 1910-12.

Scottish Julia and William Archer settled in Larvik in 1825. Their nine sons «commuted» between Norway and country properties they took up in Australia. Daughters Catherine, Julia, Mary and Jane Ann were never in Australia.

This article was first published in the Norwegian daily newspaper Aftenposten on 8 May 2011. Please note that this text is a rather quick translation from the original version in Norwegian. 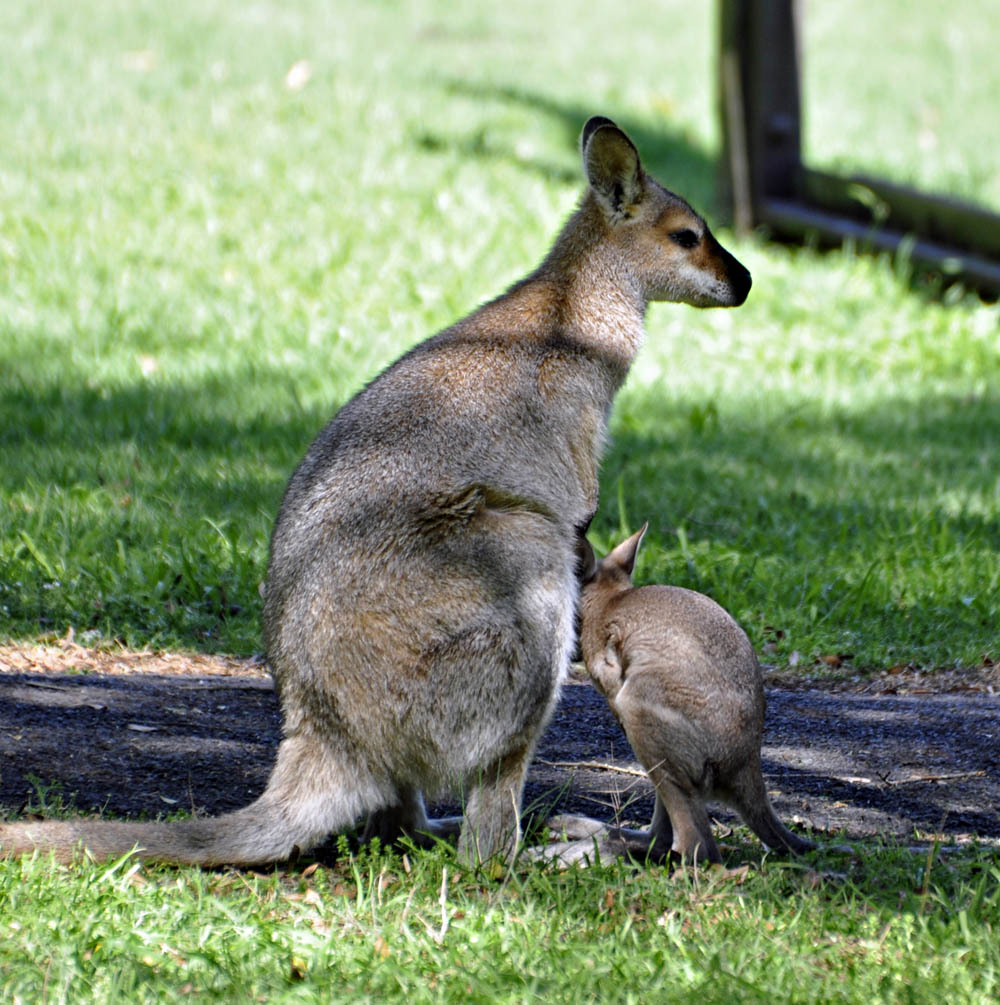 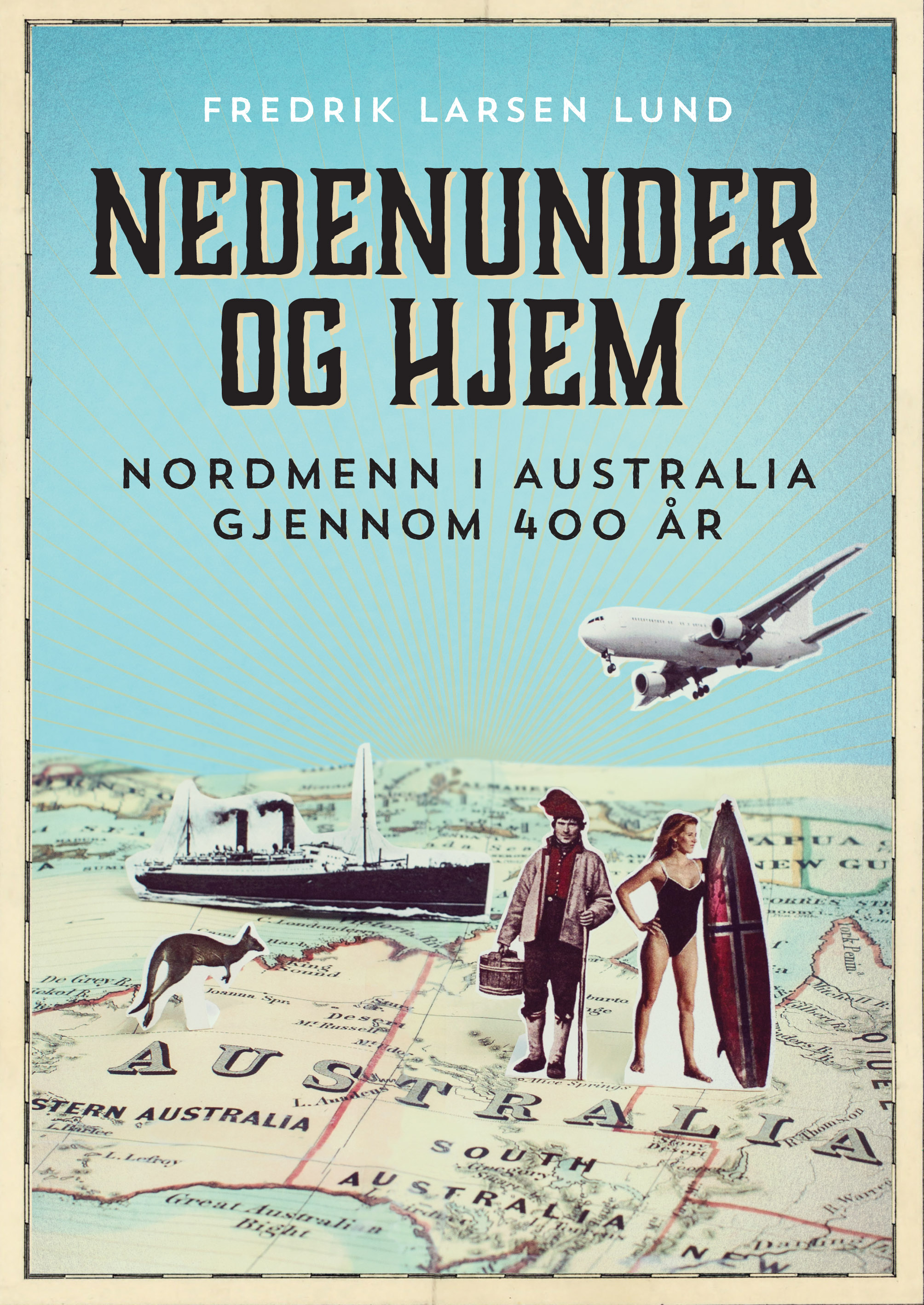 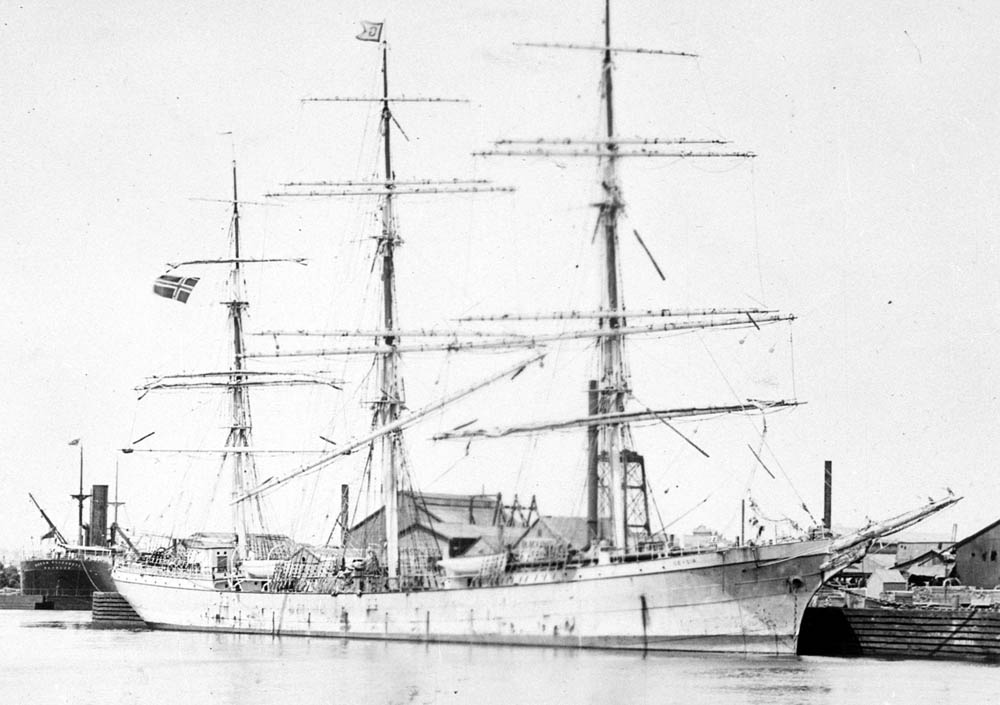